Vietnam and Singapore Are Hosts of AFF Suzuki Cup 2014 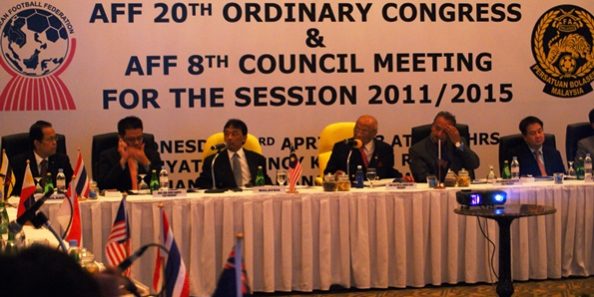 KUANTAN (3 April 2013) – Vietnam and Singapore have been selected as the Group Stage hosts for the next edition of the AFF Suzuki Cup in 2014.  The selection of the host cities was confirmed by the AFF Council during their meeting here this afternoon.

Being selected as the preliminary hosts will be a huge boost for Singapore as they defend the title they sensationally won last year. Singapore is expected to host the tournament at the new stadium which is scheduled to be ready later this year.

Vietnam, who last won the title in 2008 in Hanoi, have chosen to return to the site of their famous victory at the MyDinh National Stadium to host the group matches in 2014.