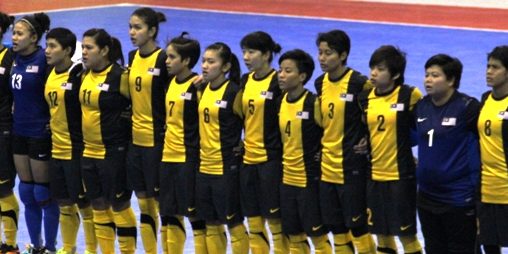 PETALING JAYA (31 Dec 2013) – After coming in third at the recent SEA Games in Myanmar, the Malaysian Women Futsal team will be taking part in the Women’s Futsal World Cup 2014 in Russia.

The Women’s Futsal World Cup is not a FIFA-sanctioned event but is already into their fourth edition this year since the first edition in 2010. All four editions have been won by Brazil.

“We are taking women’s Futsal to the next level,” said team manager Datuk Hamdan Mohamed Khaleb. “They have done well at the SEA Games this year and we can see a lot of potential.

“There is no reason why we should not tap into it and so for the next year before the Women’s Futsal World Cup in December, we will be sending the team abroad for more exposure.”

Datuk Hamdan said that under the plan, the women’s team will either head to Japan or Spain for training and matches.