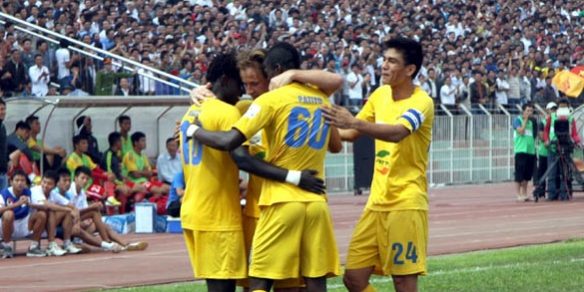 HANOI (19 April 2014) – V-League leaders Thanh Hoa’s confidence came crashing down this week when they were served with a humiliating 8-0 loss at the hands of Dong Nai, to at once snap their unbeaten nine-match run.

In the game that was played at the Dong Nai Stadium, the loss of Thanh Hoa keeper Vinh Loi just minutes in, would be pivotal as the home team then grabbed the chance to nail the lead when Huu Phat converted the ensuing penalty.

In the 22nd minute, Oliveir doubled Thanh Hoa’s lead before Hai Anh and Kien Trung added two more goals in the 37th and 45th respectively for them to take a 4-0 advantage.