WOMEN’S FOOTBALL: VIETNAM LEAGUE MAY KICK-OFF WITHOUT A SPONSOR 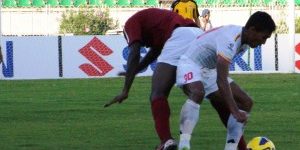 HANOI (9 April 2011) – The Vietnam Women’s Football League might kick off this year without a sponsor following the ability of the Vietnam Football Federation (VFF) to secure one.

Nguyen Minh Chau, the chief of VFF’s marketing and sponsorship department, said that he has been in talks with several potential clients but they have yet to meet the price set by the federation.

Min  Chau said that potential new sponsor must pay more than VND500 million (USD23,800) for the year – since that was the amount paid by Hong Ha Nutrition Food Company for the 2010 season.

The six teams that will be competing in this year’s league are defending champions Ho Chi Minh City, Hanoi Trang An 1, Hanoi Trang An 2, Thai Nguyen Steel, Vietnam Minerals and Coal, and Phong Phu Ha Nam.

The competition rules will remain unchanged for the new season with the six teams to compete on a round robin home and away format. The champions will received a cash prize of VND150 million (USD7,100).

The VFF have confirmed that all six participating clubs will be given financial assistance although the exact sum has not yet been revealed.