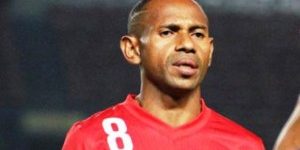 PHNOM PENH (17 June 2011) – Cambodian girls who played at the AFC U-14 Girls’ Festival of Football have conquered an ‘enormous Goliath’ in their journey to participate in the annual football extravaganza.
While some of the players are from a football academy in Cambodia, others had given up school but went back to it so that they could play on their school teams while a few more are from orphanages and human trafficking rescue centres where they came to live after being rescued from a foreign country where they were forced to work illegally.
The Girls’ Festival of Football is an educational programme by the AFC held annually in Ho Chi Minh City, Vietnam, for AFC member associations from the Asean and east region.
Five of the U-14 Cambodian players and their assistant coach Chhoeurn Nipha hail from the Mighty Girls, a permanent select team and empowerment programme for girls of the SALT Academy in Battambang province.
The Mighty Girls includes some of the most promising female football players in the country, who have earned the opportunity to further their academic studies while still training competitively, an endeavour they would not have been able to personally and financially afford.
While several of the Mighty Girls have already represented their country in Laos and Singapore during friendly matches in 2009 as part of the U-16 squads, almost all the other players have never left the country, much less represented it.
Uen Marina, from Pursat, had never visited Cambodia’s capitol Phnom Penh before the training camp where they prepared for the AFC festival.
Marina said football motivates her friends to stay in school because “some already quit school but they went back because they want to play football on the school team.”, adding that no one believed she would travel to Vietnam to play football as a girl and that she looked forward to proving them wrong when she returned.
The girls who are from orphanages or human trafficking rescue centers began playing football as a free time activity at the said facilities.
One such player said: “I saw girls older than me playing football and wanted to join. Now I play because it makes me happy. Five players tried out from my organisation but I surprised everyone when I was selected, so I now can be very proud of myself.”
Sam Schweingruber, the head coach of the Cambodian girls’ team at the AFC festival, says that football has become not only a serious sport for these players but an opportunity for empowerment and to gain leadership skills that the girls’ might otherwise not enjoy if not given the chance after what they have gone through.
He said: “Hopefully many of the players on this team will have even more opportunities and grow in the future. The foundation skill level and passion are already there.”
Schweingruber is also excited for the first opportunity to find out how the country stands in comparison to countries that have been developing women’s programmes for much longer.
“We hosted a local festival last year, played a few friendly games, and Cambodia held the first national women’s championship last year, so I think this is the correct next step to developing,” said Schweingruber, who is assisted in the festival by promising Cambodian female coaches Leng Chanthy and Chhoeurn Nipha as well as Kiri Nguon, a former men’s national player.
“The boys have been going for many years, so we’re really happy the Football Federation of Cambodia is giving the same opportunity to the girls this year,” he added.