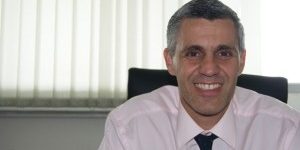 His goal coming in the third minute of injury time helped Hanoi T&T to the full points in the V-League opener on the weekend.

But the win was not enough for them to get to the top spot at the table where they had to be contend with the third spot behind leaders Thanh Hoa, who defeated Ha Noi ACB 3-0, and SHB Da Nang, who beat Hoang Anh Gia Lai 2-1.

Hanoi T&T took the lead on 42nd minute off striker Nguyen Ngoc Duy only to see it being erased by Nigerian Anjembe Timothy in the 83rd minute.

In the meantime, last year’s V-League top scorer Argentinean Merlo Gaston’s late spot kick in the 81st minute helped hosts Da Nang to a 2-1 victory over Hoang Anh Gia Lai – a match marred by the booking of nine players and a red card.

In the meantime, Hai Phong overcame Khanh Hoa 1-0; Binh Duong drew 1-1 with Ninh Binh; Dong Tam Long An were held to a 2-2 draw by Song Lam Nghe An and Navibank Sai Gon ended with a goalless draw against Dong Thap.