WE WILL BE BETTER AGAINST MACAU: GOETZ 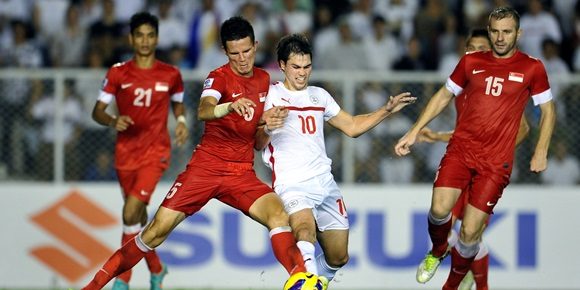 HO CHI MIN CITY (28 June 2011) – Falko Goetz, the newly-appointed Vietnam chief coach, is confident that his team will be better ahead of their 2014 World Cup qualifying match against Macau tomorrow.

His comment came after watching his chargers conceding a 3-1 loss to Dong Tam Long An and also a 1-1 draw against Vietnam First Division side Dong Nai earlier in the run-up to preparing for the World Cup qualifiers.

“While I’m not worried about any part of the team, I’ve noticed a couple of things we need to work on. We need more time together and to work hard every day in order to get better,” said Goetz.

But while the defeat was disheartening, the German has however promised a fresh approach when Vietnam open their campaign against Macau at the Thong Nhat Stadium in Ho Chi Minh City tomorrow before the return tie in Macau four days later.

“I think the most important thing is that we have a fresh team dead set on beating Macau,” the German said.

“We have trained hard during the past ten days and we are getting better and better.”