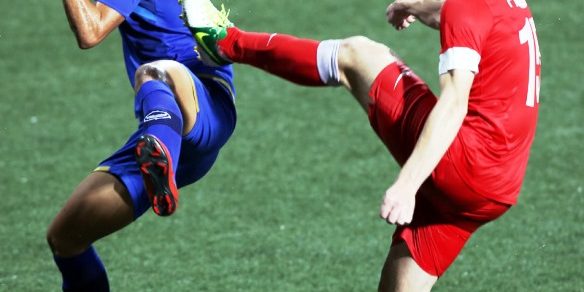 HANOI (20 June 2011) – ASEAN’s only two remaining representatives in the second round of the 2012 Olympic Games qualifiers had contrasting outing in their first leg matches which was played yesterday.
Vietnam fall to a 2-0 loss to Saudi Arabia in the match that was played at the Prince Sultan Bin Abdulaziz Sports City in Abha while Malaysia fared better when they held Lebanon to a scoreless draw in the game that was played at the Sports City Stadium in Beirut.
Salman Al Faraj prised open the Vietnam defence in the 43rd minute before an own goal from Nguyen Van Hau in injury time did them in.
In the meantime, Malaysian defender Muslim Ahmad said that the team was more than pleased with the draw.
“It was a very tough game but it was important that we did not concede a goal playing away. We will have to be a lot better for the return tie on Thursday (23 June 2011),” added Muslim.
Vietnam will take on Saudi Arabia at the My Dinh National Stadium while Malaysia will play Lebanon at the National Stadium Bukit Jalil.