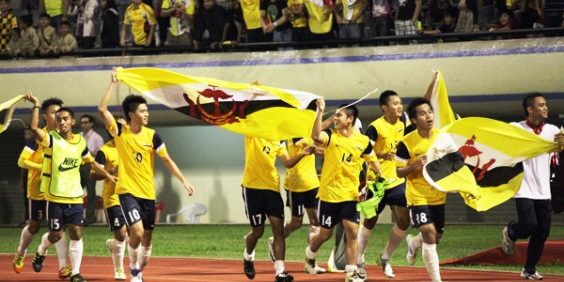 HANOI (11 Feb 2011) – Vietnam international Hoang Danh Ngoc paid a heavy price for his disregard of his contractual obligation when the Vietnam Football Federation (VFF) Disciplinary Committee handed the 21-year-old an 18 months and fine of VND2.4 billion (USD123,000) for his contractual infringement.

Danh Ngoc had decided to unilaterally end his contract – which was supposed to run until December 2013 – with Nam Dinh following the latter’s relegation to the Vietnam First Division.

He then went on to sign with Ninh Binh FC instead.

“I am surprised I have to get such a heavy penalty. I’ve made considerable contributions to Nam Dinh Club and the under-23 national team. I will write to VFF and ask for a lighter penalty,” said Danh Ngoc.

The VFF Disciplinary Committee decided that Danh Ngoc had violated Article 55 of the committee’s regulations.

The committee explained that they arrived at the sum of VND2.4 billion (US$123,000) by multiplying by ten the estimated money spent by Nam Dinh over eight years on training Ngoc (VND30 million x 8).

“We considered all the details very carefully. The penalty can’t be said to be heavy or light because the committee made the decision based on details in the documents,” added Nguyen Hai Huong, chief of VFF’s disciplinary committee.

“We also considered other elements like Ngoc’s contributions to the nation. However, what everyone should respect is the rules of professional football.

“He cannot take Nam Dinh’s relegation as an excuse to move to another club to play in a more professional environment. Players must respect rules. Clubs should respect rules, too; otherwise, they could harm both themselves and players.”

Danh Ngoc began to play for Nam Dinh in 2007. He won the Merdeka Cup in Malaysia with Vietnam’s under-23 team in 2008; and took the Thang Long – Hanoi Cup championship in Ho Chi Minh City with the same team in September, 2010.

However, this is not the first time he has been penalized. In March, 2009, he was suspended for six matches for giving the finger to fans of the opposing club in a game between Nam Dinh and The Cong.