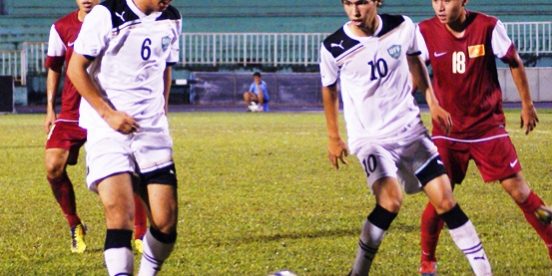 Following a cagey Gombak defence in the opening first half, Sufian Anuar finally broke the deadlock with the opener on 38 minutes for Home United to take a 1-0 lead at the half.

Gombak tried to come back into the game in the second half but the score remained until the 71st minute of play when Kim Dae Eui converted a penalty.

Twelve minutes later, Qiu Li made sure that the game is beyond the reach of Gombak with their third goal of the game when he converted a second penalty.

The win for Home United was the second match of the S-League 2011 season – following their 1-1 draw against Balestier Khalsa in the opener.