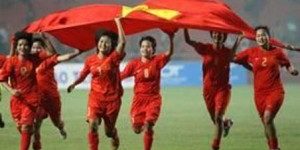 SINGAPORE (20 March 2011) – The Singapore Olympic team fell to a 2-0 loss to Yemen in the first leg qualifiers that was played at the neutral venue of the Sheikh Khalifa International Stadium in Al-Ain in the United Arab Emirates.

Goals from strikers Aiman Salleh and Mohammed Al Khadher gave Yemen the win where now the young side from Singapore will have to look at the return tie tomorrow at the same venue to see if they can change the inevitable.

“In some way, I expected this result because we faced a Yemeni team with many good individual players who were very motivated and they deserved to win tonight but we helped them with our careless passing,” said Radojko Avramovic, the chief coach of Singapore.

“Those two goals came from our mistakes and they finished well. We could have scored at least one goal which would have made a big difference for second game. It will be hard but we must try.

“We have been practising to be more attacking (in training) but Yemen pressed us hard and made it difficult to keep the ball in their half. But I believe that there is one more game to play. Having seen them (Yemen) play, I hope our players will play more freely and creatively without making or conceding mistakes.”

The first chance of the match fell to Yemen in the seventh minute after defender Shakir Hamzah handled the ball just 15 metres outside the Yemeni penalty box but Samer Hasan Sulaiman scuffed his free-kick just over Izwan Mahbud’s goal.

Minutes later, Izwan sprang into action with an acrobatic save from a thunderous Al Kader effort after some fine work down the left by Munassar Awadh.

Yemen broke the deadlock in the 38th minute after a defence splitting pass by Munassar found the path of lively forward Salleh who picked his spot with a well-placed finish leaving the oncoming Izwan with no chance.

Just before the break, Singapore hit Yemen on the counter attack with Fazli Ayob and Shahfiq Ghani working down the left to good effect before finding skipper Hariss Harun who teed off Izzdin Shafiq but the midfielder failed to force a save from Yemen custodian Shuhkri Salem.

Singapore began the second half with more intent as Avramovic brought in Zulfahmi Arifin and Faris Ramli for Nigel Navin Vanu and Shahfiq Ghani.

The home side then doubled their lead in the 55th minute after a cross from defender Hussein Ahmed caused confusion for the Singapore defence allowing the ball to fall directly into forward Al Khader for an easy finish.