RIEDL TO GIVE UP U23 TEAM; TWO FRONTRUNNERS TO TAKE OVER 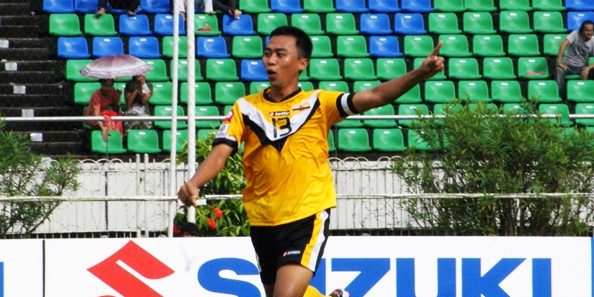 JAKARTA (15 April 2011) – The FA of Indonesia (PSSI) National Team Management Committee (BTN) has decided this week to appoint a new coach to take over the running of the Indonesia national Under-23 team.

This follows the decision by the Golden Indonesia Program (Prima) – a government task force in charge of screening athletes for elite competition – to replace Alfred Riedl.

Riedl is the current chief coach of the Indonesia national team tasked with running both the senior side and also the U23 team.

BTN cited Riedl’s busy schedule in preparing a strong squad for the 2014 World Cup qualifiers as the reason why they have decided to appoint a new coach to look into the running of the U23 in preparation for the SEA Games which is just seven months away.

“I already talked to Riedl about the situation, and he knows about it,” said Iman Arif, BTN’s deputy chairman for technical affairs.

“He has to focus on the senior squad for the 2014 World Cup qualifiers. Officially, he will act as a technical adviser for the under-23 team and will work with the new head coach.”

The two frontrunners to take over the U23 job are Rahmad Darmawan and Aji Santoso.

He had also guided Persipura Jayapura to the League crown in 2005.

Rahmad, who now coaches Persija Jakarta in the Indonesian Super League, said he was ready to take on the new challenge.

“I presented my program to achieve our goals for the SEA Games,” he said. “Now I’ll wait for their decision.”

“But I told them that I still have a commitment with Persija until the end of the Super League season, so they’ll have to talk to Persija first.”

Rahmad is under contract with the Kemayoran Tigers until July, but the manager of Persija, Harianto Badjoeri, said the club would have no problem letting go of Rahmad.

“If the national team needs him, we won’t stand in the way,” he said. “But we’ll need some compensation because we would have to find somebody to replace him right away.”

Aji, the country’s top left-back in the 1990s, is the head coach of Indonesian Premier League club Persebaya 1927.