RIEDL IDENTIFIES SQUAD OF 20 FOR SEA GAMES; TO PLAY FRIENDLIES IN AUSTRIA 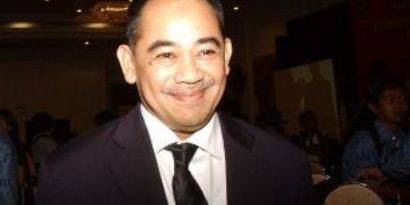 JAKARTA (18 March 2011) – Alfred Riedl, the chief coach of Indonesia, has identified the 20 players to carry the challenge for the SEA Games 2011 which they will be hosting at the end of the year.

At the same time he announced the obvious absence of winger Okto Maniani, the former coach of Vietnam also said that the team will be playing between several friendlies in Austria.

Okto had earlier played for Indonesia at the AFF Suzuki Cup last year and also at the 2012 Olympic Games qualifiers which saw them falling in the first round to Turkmenistan.

“The only reason why Okto is not in the team is due to indiscipline,” said Riedl. “But we still have three players capable of filling that spot on the left flank, among them is Ferdinand Sinaga.”

The 20 players will report for centralised training on 25 April 2011 in Jakarta before leaving for Austria on 7 May 2011.

“We plan to play around seven to eight friendlies while in Austria,” he quipped.

The Indonesian squad will be in Austria for aound four weeks and where they are expected to return to Jakarta on 10 June 2011.

“The players which have been identified was the result of evaluation done after the two games against Turkmenistan. But the list is still tentative although it is the core of the squad for the SEA Games,” added Iman Arif, the of the National Team Management.