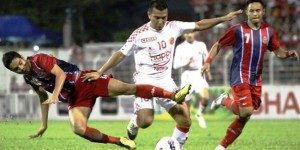 JAKARTA (22 Jan 2011) – The FA of Indonesia (PSSI) will be USD5.5 million (IDR50 billion) richer following the approval from the Indonesian government to give financial assistance to the national sporting body.

Angelina Sondakh of House Commission X said that the USD5.5 million allocations will have to be channeled to the men’s national football team.

Angelina said the Youth and Sports Affairs Ministry would be in charge of the budget spending.

“The institution in charge will channel (the funds) to the PSSI. But the money is with the Finance Ministry,” she added.

The Indonesia football team, will be up for two important assignments this year – the 2012 Olympic Games qualifiers and the SEA Games which they will be hosting at the end of 2011.

For the record, Indonesia had won the men’s SEA Games gold medal only twice in their history – the first when they were hosts in 1987 and then four years later in Manila in 1991.