PSSI CONGRESS ON 29 MARCH IN RIAU 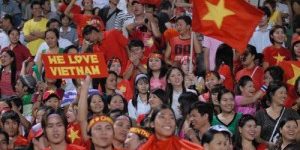 The PSSI have been instructed by FIFA to host their Congress before 30 April 2011.

But before can hold Congress, they have to decide the members which will make up the Election Committee and also the Vetting Committee which has been fixed for 26 March.

“Invitations have already been sent out to members of the PSSI who have voting rights. The invitations also include the formula on who will make up the Election Committee and also the Vetting Committee under the rule of PSSI,” said Nugraha Besoes, the general secretary of the PSSI.

Nugraha pointed out that the invited members will total 100 from clubs and also from PSSI Provincial Managers – they were also invited to last year’s Congress in Bali.

“But there will be a slight change as a few of the managers have been changed by the local office, so we have to accept these changes,” added Nugraha.