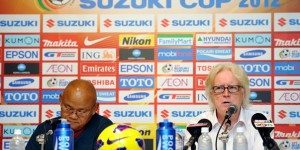 JAKARTA (6 July 2011) – The planned AFF Under-23 Championship which was to be held this month in Palembang, Indonesia has been postponed.

But in a letter dated 4 July 2011 Joko Driyono, the acting general secretary of the FA of Indonesia (PSSI) said that it will not be possible to host the meet in Palembang because the Jaka Baring Stadium which is under renovation, could not be made ready in time for the meet.

As such, the PSSI had given the proposal to postpone the championship to September or October 2011, after the Ramadhan and before the SEA Games 2011.

Suggestion for relocation to Jakarta was not accepted by the organisers in Palembang where they still feel that they should be given the opportunity to host the event.

Afterall, apart from wanting to give the participating teams the chance to compete, it will also allow the organisers the chance to test their technical capabilities.

The matter will be discussed at the next AFF Council Meeting on 31 July 2011.