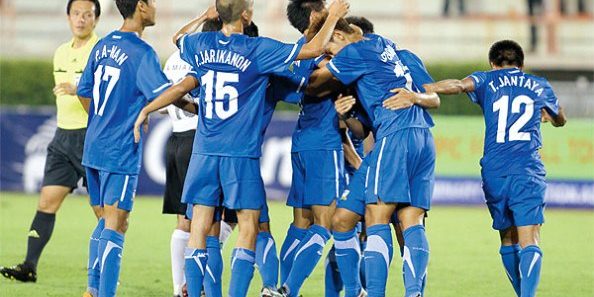 MANILA (16 March 2011) – Philippines made the qualifying round of the AFC Challenge Cup 2012 despite the 2-1 loss they suffered in the second-leg play offs this week in Ulan Bator.

But with the 2-0 advantage they had from the first leg of the play-offs last month in Bacolod City, the team which is known as the Azkals ensured their progress.

Philippines made the cut for the qualifying round on 3-2 aggregate.

“If all of you guys from the Philippines would have been here, you would understand, because we have tough and harsh conditions, minus 10, minus 12 degree Celsius,” said Philippines chief coach Hans Michael Weiss after the game.

“It is just normal, the players also were not happy with the performance but I told them that we have to be realistic and these conditions are not like in some tropical areas.

It was the visitors who took the lead off James Younghusband as early as third minute of play at the Mongolian Football Federation (MFF) Football Centre in Ulan Bator but the home team struck back through skipper Lumbengarav Donorov in the 21st minute.

In the 34th minute, Garidmagnai Bayasgalan scored on the rebound off a penalty to give Mongolia the lead and the win.

The score stayed until the final whistle for Philippines to confirm their place in Group A where they will be up against hosts Myanmar, Bangladesh and Palestine in Yangon.