PERSIPURA FAIL TO EXTEND LEAD AT TOP OF ISL 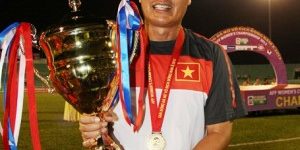 JAKARTA (1 April 2011) – Persipura Jayapura failed to extend their lead at the top of the Indonesia Super League (ISL) when they could only afford a 1-1 draw on the road against Persija Jakarta at the Gelora Bung Karno Stadium this week.

But the one point earned was good enough for Persipura considering that they had played with the absence of the two suspended central defenders Victor Igbonefo and Hamka Hamzah for accumulated yellow card offense.

“I’m very grateful that we managed to take at least one point, especially because we played without Igbonefo and Hamzah,” said Jacksen Tiago the chief coach of Persipura.

“Persija made some changes after conceding the goal, and they put full pressure on our defense. Still, it’s a good result.”

Following the deadlock in the first half, the Papuan-based side had taken the lead off Titus Bonai in the 49th minute only to see erased by Persija striker Agu Casmir three minutes to the end.

With the one point, Persipura are still at the top of the ISL with 41 points to be followed by Semen Padang – courtesy of their 3-0 thrashing of Persijap Jepara – and Persija third with 33 points.