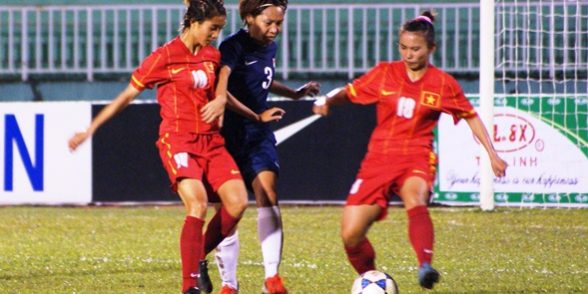 SINGAPORE (28 Feb 2011) – The Singapore-Yemen first leg tie for the Olympic Games 2012 qualifying round will be played at a neutral venue.

The match was initially supposed to be played on 3 March 2011 in Sanaa, the capital city of Yemen but due to the volatile climate in the Middle East country, the game has had to be postponed.

As such FIFA and also the AFC (Asian Football Confederation) decided that a neutral venue would have been a better choice than waiting for the political situation in Yemen to die down.

“For the moment, we have not received the new dates from FIFA or the AFC but it will be played in March,” said Eugene Loo, the team manager of Singapore.

Even though the game has yet to be confirmed, the young Singapore side are already in earnest preparation with the team made up mostly from the Young Lions squad playing in the S-League.

They had already played two friendly games thus far – a 4-0 win over Tanjong Pagar United FC and then a 3-0 victory over Woodlands Wellington FC.

“The results are not important as compared to performance and also combination play,” added Eugene.

The team is under the supervision of Singapore national chief coach Radojko Avramovic, Robin Chitrakar, the coach of the Young Lions and also Slobodan Pavkovic, the Technical Director of the FA of Singapore (FAS).

The team is also being prepared for the SEA Games which will be hosted by Indonesia in November this year.