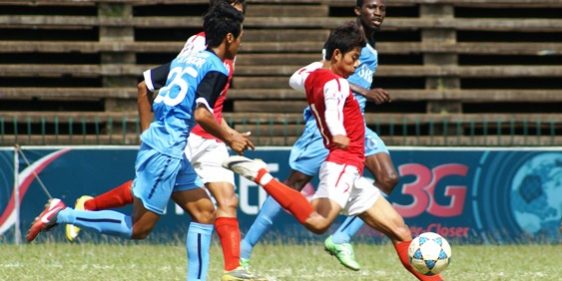 YANGON (19 Jan 2011) – The 2011 edition of the Myanmar National League (MNL) Grand Royal kicked off at the Thuwunna Youth Training Center (YTC) last Saturday before a rousing spectatorship of more than 10,000 screaming fans.

In the opener, Yangon United began their season on the right note when they edged out Nay Pyi Taw 2-0 while Ayeyarwaddy United battled to a scoreless draw against Magway at the Aung San Stadium.

This year’s league feature 12 professional teams and where they will play at three stadiums in Yangon, Mandalay and Taunggyi. The first round of the league will be from 15 January to 16 June while the second round from 13 July to 9 Sept.

The Myanmar Radio and Television (MRTV) will telecast live the matches of the MNL on weekends.