MALAYSIA OLYMPIC SIDE TO PLAY FRIENDLY IN PHNOM PENH 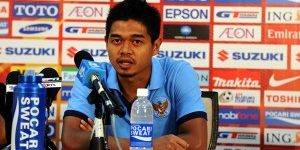 KUALA LUMPUR (8 May 2011) – The Malaysian Olympic squad will play a friendly against their counterparts from Cambodia in Phnom Penh early next month.

The match has been slated for 7 June 2011 at the National Olympic Stadium.

The Malaysian youngsters will leave for Cambodia after a centralised training session (29 May to 4 June).

After their second training session in Kuala Lumpur, the Malaysian team will then leave for training in Doha, Qatar on 11-16 June 2011.

Their second round match of the Olympic qualifiers against Lebanon will be played in Beirut on 19 June 2011.

The return tie will be played four days later in Kuala Lumpur.