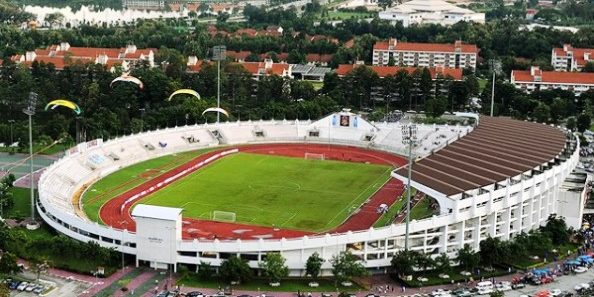 Two local frontrunners linked to the two teams are Mai Duc Chung and Phan Thanh Hung who it seemed have changed their mind and agreed to lead the Vietnam men’s national team and the U23 side respectively.

The Vietnam Football Federation (VFF) had originally stated that they preferred the position of national coach – left vacant by Henrique Calisto – to be filled by a foreigner.

Duc Chung, who is now working for Navibank Sai Gon club, had apparently pointed out that a Vietnamese coach should receive at least one quarter to one third of a foreign coach’s pay to lead the national side.

Calisto had received USD24,000 a month from the VFF.

On the other hand Thanh Hung, who is in charge of V-League defending champion Hanoi T&T, said he was ready to work free for the U23 since he is already satisfied with the salary received from T&T.

In the meantime, Panasonic Vietnam Ltd. Co. will be the main sponsor of Vietnam’s national Olympic, men’s and women’s football teams for two years.

Shinichi Wakita, the General Director of Panasonic Vietnam Ltd. Co. said the sponsorship programme, themed ‘Millions of Hearts, One Flag’, is intended to build up solidarity among Vietnamese football fans and to raise Vietnamese football to a new height of development.