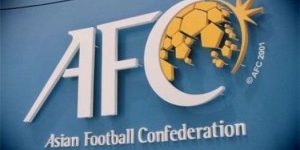 SINGAPORE (8 Feb 2011) – Continuity is the name of the game and Gombak United have decided to retain around 65% of their players for the new S-League season.

“Most of the players have been loyal to the club and so we have decided to retain their services for the new season,” said John Yap, the team manager of Gombak United.

“They are experienced players and they will form the core of the team alongside the current imports of Chang Jo Yoon, Obadin and Park Kang Jin.

“We have also signed another South Korean in Kwong Jin Sung where we hope that he can make the difference for us upfront.”

Other than Jin Sung, the team has also signed local reinforcements in Tengku Mushadad Tengku Mohamed and Ismail Yunos – both of whom played for Home United previously.

“Last season, we finished the season on sixth, I just hope that we can improve on that,” Yap said.

Gombak United chief coach Darren Stewart added that following the loss of several players – Singapore internationals Agu Casmir and Fazrul Nawaz – during the off season, he will not be surprised if the other teams do not take Gombak as a serious threat.

“Sure we have lost several players but I think that we have managed to get some quality replacements,” added Stewart. “I’m confident that we can improve our overall standings this season. Making the top three will be tough but improving on the sixth spot from last season is possible.”