FOWLER SIGNS FOR MUANG THONG FOR USD660,000 A YEAR 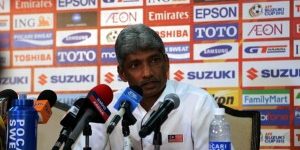 Viluck Lohthong, the deputy president of Muang Thong, said that he hopes by signing Fowler, it will help to improve the club’s current position on third in the TPL.

“I haven’t played for a couple of months but I will be fit enough when the league restarts. I’m looking forward to the challenge,” said Fowler. “Muang Thong United is a big team and play good football.”

Fowler, who scored 120 goals for Liverpool from 1993-2001, said that he should not have any problem adapting to the hot weather or adjusting to his new team-mates at Muang Thong.

“I’ve played for many teams over the years and never had any problem making new friends. But what’s most important for me is to help the club win every match they play,” added Fowler.