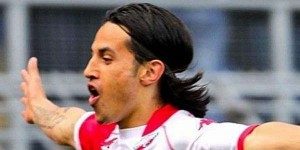 Following their disappointing 1-0 loss to Hougang United the previous week, there was no stopping Albirex this time round when they struck the first goal of the game in the seventh minute off a rifling 35 metre shot from Kazuki Kobayashi.

The stinger completely caught goalkeeper Shahril Jantan, who is also SAFFC captain, off guard and where in the 20th minute, he was beaten yet again – this time off Albirex skipper, Shimpei Sakurada.

Six minutes later, the nightmare continued for SAFFC when they fell further behind for Shotaro Ihata to slam home the third goal for Albirex.

And while SAFFC managed to pull a goal back off Mislav Karoglan in the 29th minute, Albirex showed their determination for the full points with their fourth goal of the game from Shotaro in the 37th minute.

Two minutes after the restart, Shotaro was on target again to complete his hat-trick and the fifth goal for Albirex before Mislav converted a penalty for SAFFC in the 50th minute.

Shotaro then rounded off a fine evening for Albirex with their sixth and final goal a minute to the end for the full three points.

Malaysia to test against Brunei and Hong Kong
May 17, 2022