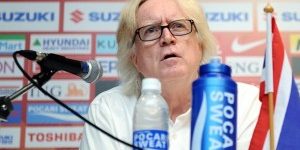 VIENTIANE (3 July 2011) – Five out of seven ASEAN teams made the cut from the first round of the 2014 World Cup qualifiers.

The teams which made the second round of the qualifiers from the first round are Laos, Philippines, Vietnam, Malaysia and Myanmar while those who failed to make the cut are Cambodia, who lost to Laos and Timor Leste, who fell to Nepal.

Laos, who lost their first-leg encounter 4-2 away in Phnom Penh, fought back in the return tie at home to win 6-2 for an 8-6 aggregate victory over Cambodia.

With the win, Laos will play China in the next round.

It was not only Laos who came back from the brink of defeat where Myanmar – after losing the first leg 1-0 on the road – fought back to beat Mongolia 2-0 in Yangon.

The two goals from Soe Paing (61st minute) and Mai Aih Naing (85th) ensures Myanmar that they will have the chance to face Oman next.

Following a 1-1 draw against Sri Lanka in the first leg, Philippines fought back 4-0 in the return tie in Manila to win 5-1 on aggregate.

Filis found the target through Emelio Caligdong (19th minute), Phil Younghusband (43rd and 57th minute, penalty) and Ángel Guirado (51st) to set up their second round tie against Kuwait.

Malaysia had some anxious moments in Taipei before they were able to book their place in the next round – on away goal rule – after the two games end 4-4 on aggregate.

Malaysia will take on ASEAN neighbour Singapore in the next round.

Vietnam did not have to go through such drama against Macau where after winning the first game 6-0, they turned on the gas to win 7-1 in the second match.

Striker Le Cong Vinh, who scored a hat-trick in the last game, nailed five goals this time round (3rd, 29th, 43rd, 75th and 82nd minute) with the other goals coming from Nguyen Quang Hai (24th) and Quang Thanh Huynh (86th).

Macau’s only goal came at the hour mark from Leong Ka Hang.

With the win, Vietnam will take on Qatar next.

After losing just 2-1 to Nepal in the first leg, Timor Leste did no better in the return tie when they succumbed 5-0 in the second leg – off goals from Anil Gurung (3rd minute, penalty), Bhola Silwal (56th), Manu Rai Ju (60th), Jagjeet Shrestha (89th) and Sujal Shrestha (90th).

Alongside the five survivors (Laos, Myanmar, Philippines, Malaysia and Vietnam) from the first round, the other ASEAN teams already in the second round are Singapore, Thailand and Indonesia.

ASEAN TEAMS IN SECOND ROUND OF 2014 WORLD CUP QUALIFIERS