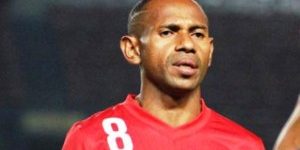 SINGAPORE (21 April 2011) – The FA of Singapore (FAS) have signed a Memorandum of Understanding with the Japan FA in the areas of youth development, football science and medicine, coach and referee education.

Singapore and Japan will, among others, implement an exchange and attachment programmes which may comprise of courses, clinics, seminars and attachments for administrators, coaches, referees, players, instructors, football science and medicine personnel.

They will also work towards facilitating the arrangement of potential training camps for their respective national and club teams in both countries.

“The signing of this MOU is in line with our Strategic Plan. One of our key objectives under the Strategic Plan is to develop and enhance the capacities and capabilities of our players, coaches, administrators and referees, among others, by sending them for overseas attachments,” said Zainudin Nordin, the president of the FAS.

“Apart from Japan’s success on the pitch over the past two decades, during which they qualified for four consecutive FIFA World Cups and won four Asian Cups, the JFA also won the AFC Member Association of the Year at the AFC Annual Awards in November last year. In this regard, we are confident that we can leverage and benefit from the expertise and experience of the JFA to bring Singapore football to the next level.”

It was also announced that through the assistance and recommendation of the JFA, the FAS have appointed Takuma Koga as the new national football academy U-16 coach.

“Koga’s immediate task will be to prepare our NFA U-16 team, who have just been awarded the SNOC Team of the Year (Team Sport, Juniors), for the upcoming 23rd Canon Lion City Cup in June 2011. In addition, he will prepare the ‘Cubs’ to participate in the 2013 AFC U-19 Youth Championships.”

Kohzo Tashima, the Vice-President and general secretary of JFA added: “we are pleased to sign the MOU with Singapore because we believe that the way to raise Japanese football standards to the next level is by helping our fellow Asian countries improve.”