EATON AND CO. WILL ARRIVE TOMORROW IN KUALA LUMPUR 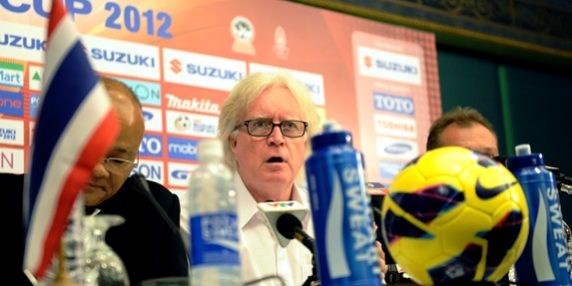 KUALA LUMPUR (18 May 2011) – FIFA’s head of security Chris Eaton and two other officials from the world football ruling body will arrive in Malaysia tomorrow as part of a global investigation into match-fixing and illegal gambling.

The anti-corruption unit will be led by Eaton, said Datuk Azzuddin Ahmad, the general secretary of the FA of Malaysia (FAM) to AFP this week.

“I believe FIFA’s visit is about match-fixing. We never condone any form of match-fixing. Hopefully the FIFA team can help shed some light over the allegations of corruption. We are in the dark over the claims,” added Azzuddin.

He said that these allegations must be investigated since failure to do so ‘will destroy the image of the game’.

FIFA are investigating claims that more than 300 matches on three continents were influenced by match-fixers.

Employees from at least six different national football associations are under suspicion of assisting the criminal network, which is thought to work out of Singapore and Malaysia.

The global football body fears the upcoming Under-17 and Under-20 World Championships are at risk.

It is believed that FIFA will also investigate two Malaysia-Zimbabwe friendly matches played in 2009.

Malaysia won both matches but FIFA subsequently revoked the status of the games after it was determined that a Zimbabwean club side had taken the field rather than the national team.