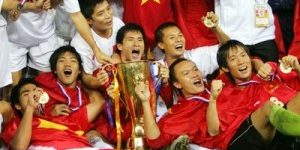 The 75-year-old global football supremo, elected unopposed to a fourth and final term as FIFA president last week, told CNN on Monday that he has assembled a solutions committee to deal with controversy involving his election and selection of World Cup hosts.

“These gentlemen are more or less advisors,” Blatter told CNN. “They are not the experts but advisors and what they should be also is the kind of council of wisdom – which my executive committee would not like because they think they are the council of wisdom.”

“To rebuild the image of FIFA, that’s No. 1,” Blatter said of his priorities.

To that aim of credibility, Blatter named people whose links to football are far less strong than their fame in other areas.

Spanish-born 70-year-old tenor Domingo is best known for singing in concerts before four World Cups in a row starting in 1990 along with Jose Carreras and the late Luciano Pavarotti as part of ‘The Three Tenors’.

Kissinger, 88, was an avid booster of the New York Cosmos during the 1970s after making his fame in America by serving in the government administration and also helped out in advising the International Olympic Committee on reforms after the Salt Lake City votes for bribes scandal.

He has yet to agree to join the advisory panel.

“Placido Domingo will be part. He is happy. He is proud that he is part,” Blatter said. “Kissinger also. People say he’s an old man but he’s a wise man.

A FIFA official will chair the committee of solutions, Blatter seeing no need for an independent group to provide outside oversight of FIFA’s actions.

“The football family has asked me to solve the solution inside FIFA and not outside FIFA,” Blatter said. “If we have to go and open our borders and say everyone can come in, we are a very organized institution with 208 associations, six continents.