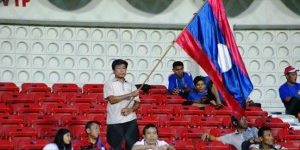 Barnes, capped 22 times by England played over 100 times for Manchester City, is now based in Malaysia working as an EPL pundit for Malaysia’s FourFourFourTwo TV show on Astro.

The Borneo Cup 2011 in September and October is the brainchild of the ex-Socceroo and is about providing an international tournament for academy, school and club teams in combination with an exotic holiday.

The Cup is held in Kota Kinabalu, the capital of Sabah in Malaysian Borneo, a tourist destination famous for stunning coral reefs.

And the likes of Barnes and former Socceroo and Nottingham Forest star Alan Davidson will be on hand to offer advice to the players throughout the tournament.

Ollerenshaw, an ex-Socceroo winger from the 1980s who later became a two-time Malaysian League Golden Boot winner prompting the nickname “The Ginger Maradona”, said the tournament is ideal preparation for younger players across the Asia.

“It is about learning to deal with the travel in Asia, different hotels, conditions, humidity, food, grounds, referees, football styles,” he said.

“At the same time, they’re staying in five-star resorts like professionals, playing in big stadiums and playing, training, eating and recovering like a professional footballer. But in their down-time they can really enjoy themselves.”

Last October’s event featured 15 junior teams from across Asia including Australia. It unearthed a couple of gems in the U-16 competition in Sydney defender Max Creevey from Endeavour Sports High and Northern Territory playmaker Jacob Meehan-Lee, both 15.