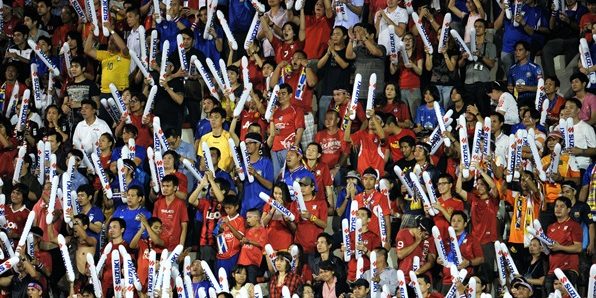 BANGKOK (15 Dec 2012) – Bangkok Glass FC will give Thailand some advantage for their first-leg, finals of the AFF Suzuki Cup against Singapore this week. The Thai Premier League side will give Winfried Schaefer and his men the opportunity to train and get used to the conditions of playing on an astro turf.

With the Jalan Besar Stadium utilizing an astro turf, Thailand will need all the help they can get to make sure that they have some advantage for the return tie a few days later in Bangkok.

“I have spoken to the owner of Bangkok Glass on this and he has agreed that we can use their artificial turf for training for several days before we leave for Singapore,” added Schaefer.

“We will need some training on this as obviously we will have only one day of official training at the stadium in Singapore and one hour is not enough. But we are confident that we can adjust.”

Schaefer said that for the game against Singapore, he will be looking for an outright win as playing it defensive will be the last thing on his mind. He said that it has never been his style to play too cautiously where at this level; they will need all the excitement they can muster.

“We have to look for an advantage,” he added. “If we can grab a win, all the better as this will make it much easier in Bangkok.”