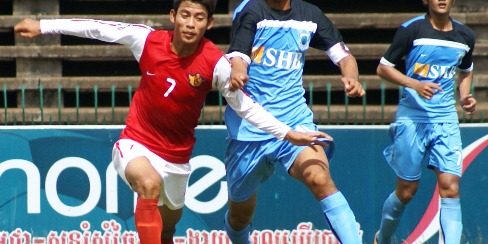 Under the agreed terms, VTV will broadcast ‘live’ 20 out 91 matches of the V-League while VCTV said they will telecast 38 matches.

However, Vietnam Multi-Media Corporation (VTC) and Ho Chi Minh City Television (HTV) have yet to finalise their negotiations with AVG.

Last week, AVG said they had sold V-League’s 91 first leg matches of the V-League to local television stations for VND40 million (USD2,000) each.

AVG, which is licensed to operate a satellite and digital television service, plans to officially launch a 70-channel TV package late this year.

The V-League will kick off on 23 January and Vietnamese fans will be able to watch matches on VTV’s channel 3 and Football TV. The V-League has been a money maker for the VFF since 2004 when VTV paid VND4 billion (USD200,000) to broadcast V-League matches.

Under the deal, the VFF and their sponsors take 40% of the fees, while the two participating teams share the remainder. The host team takes 40% while the visiting team 20%.