AFF U16: THAILAND TURN UP THE HEAT AND NET SIX GOALS 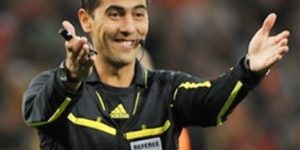 VIENTIANE (11 July 2011) – A well rested Thailand turned on the heat on a hot and sunny day here to defeat an under-strength Timor Leste 6-1 in a AFF Under-16 Championship Group A match this afternoon. It was Thailand’s first victory here after their opening draw against Malaysia in their opening game on July 7.

After a four-day break, the Thais came out with their guns blazing to defeat Timor Leste who are without their suspended skipper Eusebio Pereira and four other injured players. Today’s win put the Thais at the top of the standings with four points but that’s likely to change after the second Group A encounter between hosts Laos and Indonesia later tonight.

Thailand have two more matches against Laos and Indonesia and must secure good results if they hope to advance. But after today’s stunning performance, the Thais look like a strong bet to claim a semis berth when the preliminary rounds conclude on July 16. Laos, the only other team in the group to have collected full points prior to Thailand’s win today, are the other favoured side to move on.

“The performance should have been better. The scoreline was flattering but the performance was not up to the mark,” said Thailand’s chief coach Sasom Pobprasert.

“If we want to win the title, we must be better than this. The players still need a lot of work.”

In today’s match, Thailand started slow but finished the half with a flourish. The severe heat probably had something to do with the slow pace at the beginning, but as the game proceeded and the Thais warmed up, they stepped up the rhythm and were soon rewarded with a goal twenty minutes into the game when Sittichok headed home a corner kick from Chaowat Veerachat.

Sittichok doubled his tally 18 minutes later when he leapt above the crowded defence to nod the ball past Francisco Gusmao.

In the 40th minute, no thanks to a defensive blunder, Atthawit snuck in to hit home goal  number three. The Thais were not done yet when skipper Sukchuai made it 4-0 three minutes before the break.

Two more goals followed in the second half. Atthawit blasted Thailand further ahead in the 64th minute while Chavarit sealed a wonderful night for Thailand 20 minutes later.

Timor Leste managed to pull one back when Augustnho Da Silva Araujo converted a penalty in the 75th minute.