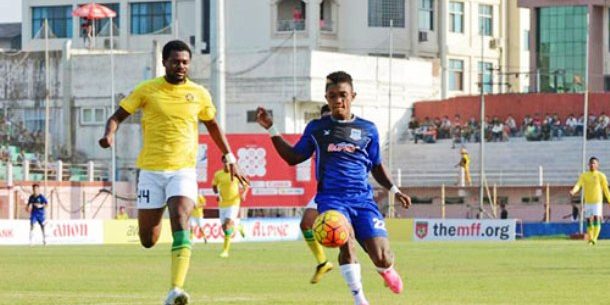 YANGON (8 July 2016) – Yadanarbon are now just three points away from winning the Myanmar National League 2016 crown where this week’s game against Zeyar Shwe Myay could just see them being crowned the new champions.

With last year’s winner Yangon United having a topsy turvy season, Yadanarbon has been slowly picking up the points where after 16 matches in the 12-team league, they have racked up 44 points.

Yadanarbon – or the Palace Guards – are 16 points ahead of second-placed Magwe FC.

Three points this week would give Yadanarbon 47 points and even should Magwe beat Southern Myanmar, the 16 points difference is enough of a buffer going into the last five games of the season.

In the first leg encounter, Yadanarbon had beaten Zeyar 2-0.

In the meantime, Yangon United would at least be aiming to finish second in the MNL this season where this week, they will take on Horizon at home.