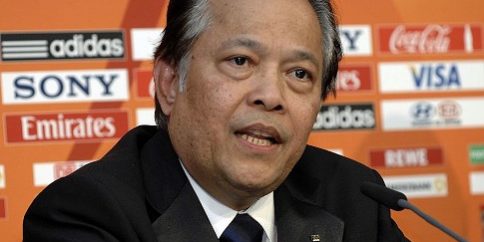 BANGKOK (28 May 2013) – Datuk Worawi Makudi has but one vision for Asian football. The president of the FA of Thailand (FAT) wants to see the game continue to progress and eventually develop into a super power, on par with Europe.

And to achieve this goal, he will fully support all plans and programmes to be implemented by newly elected AFC President, Sheikh Salman. “The members have spoken and I will join them in working with the President. I vow to support Sheikh Salman as the AFC president.”

“We have to all close ranks and work together as one united front, that’s crucial to the long-term growth and development of Asian football.”

Worawi, president of the FA of Thailand and FIFA Exco member, hopes to meet up with Sheikh Salman soon to personally express his support and discuss AFC-related issues.

“There is much to be done in Asia and I hope to meet Sheikh Salman soon. On my part, I am ready to move forward and start working with the new president,” Worawi declared.