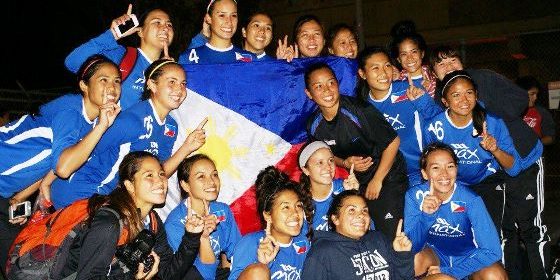 MANILA (4 Sept 2013) – The Philippines national team was held to a 1-1 draw by the Pinay Futbol All Stars in their final friendly match in preparation for the AFF Women’s Championship 2013 next week.

In the match that was played at the Emperador Stadium, the Philippines women’s team had a late goal in the 78th minute from Marisa Park to thank after Nikki Regalado had given Pinay Futbol the lead in the 29th minute.

For the AFF Women’s Championship in Myanmar, the Philippines Women’s team is placed in Group B against the Japan Selection side, hosts Myanmar, Laos and Indonesia.

Group A are Australia Under-19, Vietnam, Thailand, Malaysia and Jordan.