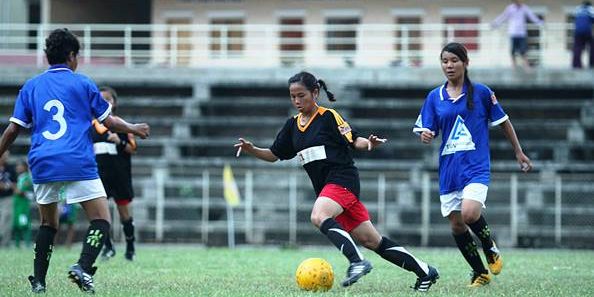 PHNOM PENH (13 Aug 2013) –Ten teams will vie for the fourth edition of National Women’s Football Championships which is to be held at the National Olympic Stadium on 16-23 August.

The official draw was held last week by the Football Federation of Cambodia (FFC) with the ten participating teams divided into two groups.