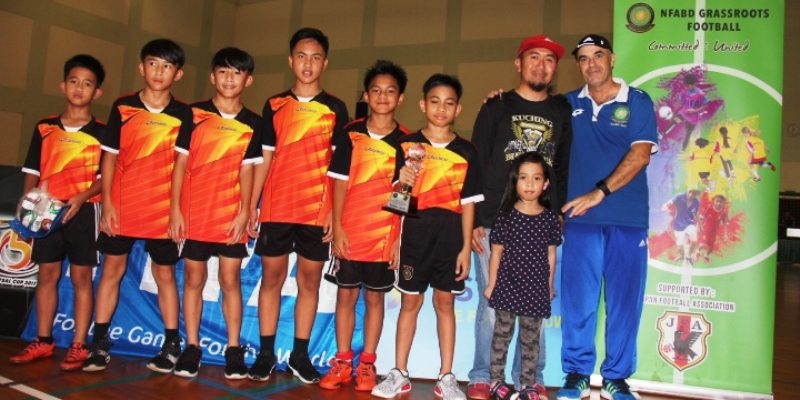 After winning the KB Sentral Futsal Tournament in September, the Belait-based team made it two titles out of two after claiming top honours in today’s 12-team half-day tournament at the Multipurpose Hall of the Hassanal Bolkiah National Sports Complex in Berakas.

Dash Junior were second and Parma A finished third.

“This is our first tournament in the capital (Bandar Seri Begawan) and we came to gain some experience, so I am surprised we managed to win this competition – especially with so many other strong teams competing,” said Wina FT head coach Mohammed Sumady Awg Samat.