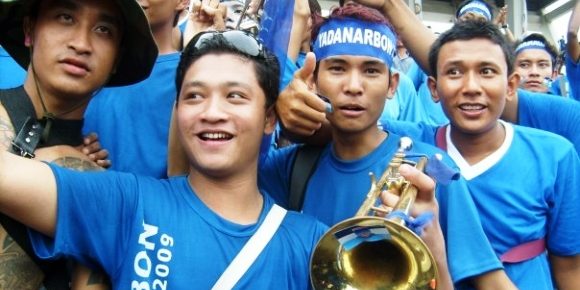 The Cambodians took advantage of playing at home at the National Olympic Stadium to score all three goals in the second half.

Following a first-half deadlock, Cambodia found the opening through Sam El Nasa just three minutes after the restart for the lead before doubling their advantage five minutes later – also from Sam El Nasa.

Khuon Laboravy then wrapped up the game in the 59th minute of play for he three-goal advantage for the return tie in Macau in one week.

On the other hand, fast-improving Philippines gave new coach Michael Weiss something to smile about with a 2-0 victory over Mongolia at the Panaad Stadium.

Emilio Caligdong scored the opener for the Philippines in the 42nd minute before Phil Younghusband then nailed the second goal deep into injury time. The return tie will be on 15 March in Ulaanbaatar.

In the meantime, newly-crowned ASEAN champions Malaysia beat Hong Kong 2-0 in a friendly that was played at the Shah Alam Stadium tonight. The goal scorers for the Malaysians were Safiq Rahim (in the 44th minute) and Amirulhadi Zainal (92nd minute).