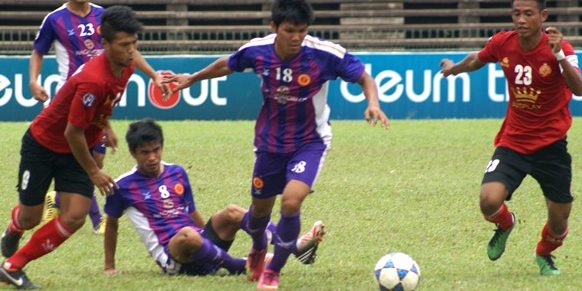 Playing away at the Army Stadium, the visiting Boueng Ket side bounced back from a goal down – Njoku David having given Kirivong Sok Sen Chey FC in the 34th minute – to score twice through Bisan George in the 73rd minute and Ohuruogu Darlington deep in injury time for the hard fought 2-1 victory.

In the meantime, Naga Corp were denied the full points when Phnom Penh staged a late fightback for the 1-1 draw at the National Olympic Stadium.

Ishiola Ibrahim Abiodun had given Naga the lead early in the 13th minute before Leng Makara struck the equalising goal in the 89th minute.