We won but I’m not Happy, says Booth 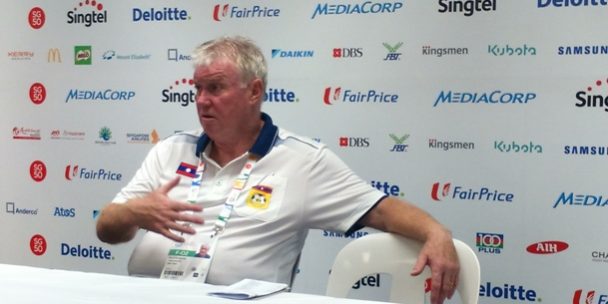 SINGAPORE (1 June 2015) – Laos head coach David Booth was not smiling after his game last night – this even though they had picked up their first three points of the competition after beating Brunei 2-1 at the Bishan Stadium.

While Laos might have lacked their usual flair, their performance was still a lot better than how they had fared in the 6-0 defeat to Thailand three days earlier.

“I would have liked us to play better. I wanted the wide players to play wider to put pressure on their defence but that did not happen.

“I think that the problem is that we do not have enough quality to play several tough matches on a trot. We just to not have the depth at the bench to be effective.”

While Booth was lamenting on the lack of quality, Brunei were regretting their failure to pick up at least a point tonight.

“This is one game which we think that we could take points off,” said Brunei coach Stephen Ng. “We created chances and we even managed to score. But we made some mistakes and that cost us.

“For us, we will just have to regroup and get organized for the next match.”