We Will be Ready for AFF U16 Championship – Bala 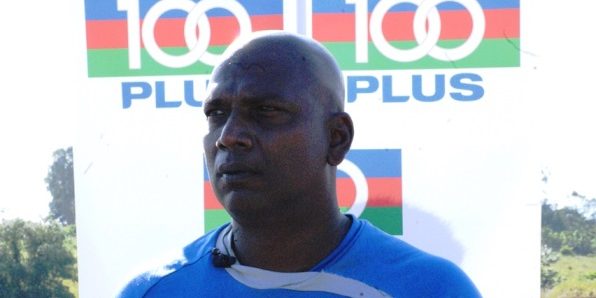 KUALA LUMPUR (26 March 2013) – Even though his players are  currently spread out over three schools around the country, Malaysia national Under-15 chief coach S. Balachandaran is confident that his squad will be ready to carry the challenge for the AFF Under-16 Championship that will be held in Myanmar later in the year.

The AFF U16 Championship, which serves as warm-up meet for the AFC U16 qualifiers this year, will be played in August in Naypyidaw.

“At the moment, we have players based in Kuala Lumpur (Bukit Jalil Sports School) and also in Johor (Tengku Mahkota Ismail Sports School). They are not releasing the players because they need them for the Ministry of Education League (Under-17),” said Balachandaran (upper pix) from the team base in Gambang, Pahang.

“We can understand their position but both teams have agreed that at least two months before the start of the AFF Championship, they will have to release their players.

“Anyway, the core of the players is here with me in Gambang, so we should be ready for the AFF Championship in August.”

For the meet this year, Malaysia are in Group B against Singapore, Laos, Indonesia and the Philippines. Group A are Brunei, Vietnam, Myanmar, Cambodia and Australia.

Balachandaran added that playing in the Ministry of Education League Under-17 will give the players – no matter where they are based – better exposure which in turn will make their combination into a single squad more seamless.

“We are keeping tabs not only on the players based here at the Gambang Sports School but also the other lads playing in the other teams,” he added.

“We have several months to prepare a squad, so we have to make sure that everyone is in line with the fitness requirements and also tactical acumen of the team. The boys are showing positive development thus far.

“At the moment, we are working on their individual skill while in the next several weeks; we will be polishing their team play. The boys are given good exposure in the local matches which should make them more competitive at the international level.”

Group B: Singapore, Laos, Indonesia Malaysia and the Philippines