We Need to be Better Defensively – Nil 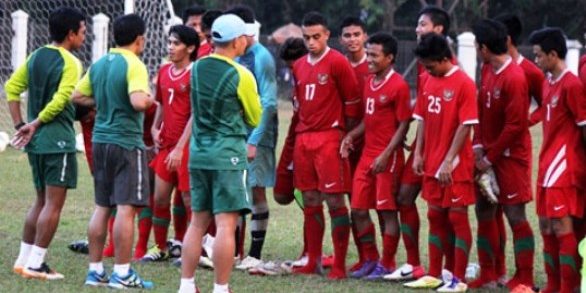 JAKARTA (2 Feb 2013) – With just days left to their first match in the qualifying round of the 2015 Asian Cup, the Indonesia national side will have to tighten up their game following the embarrassing 5-0 loss they suffered against Jordan in a friendly this week.

Chief coach Nil Maizar said that even though there were extenuating circumstances like heavy rain and a water-logged pitch, still the quality of their defensive line-up should have been better.

This is especially so when Indonesia will take on Iraq in their first game in Group C of the Asian Cup qualifiers on 6 February at the Al-Rashid Stadium in Dubai.

“We should have been better defensively and obviously, we have to maximise our strategy for our game against Iraq” said Nil. “

In the game that was played in Amman, the hosts made sure of the win with two goals from Khalil Bani Ateyeh to be followed by those from Odai Al Saifi, Amer Deeb and Saeed Murjan.