We are ready, says Stange 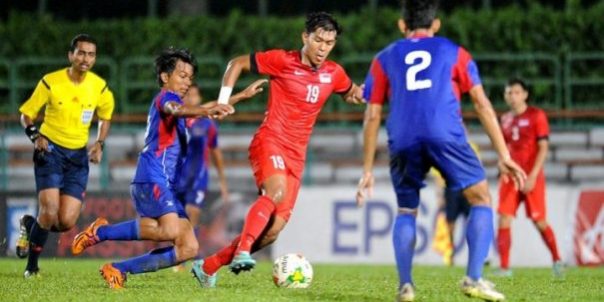 SINGAPORE (20 Nov 2014) – Singapore coach Bernd Stange believes Singapore are ready for their defence of the AFF (AFF) Suzuki Cup following their 4-2 win over Cambodia this week.

The match was the Lions’ final friendly game before they begin their AFF Suzuki Cup campaign on Sunday against Thailand. The win over Cambodia was preceded by their 2-0 victory over Laos last week.

Following the two friendlies, Stange said that he saw enough to be convinced that his side was more than ready for their title defence.

This was especially due to the attacking front, with players like Faris Ramli securing his first international goal while Khairul Amri took his tally to five goals in nine games for the Lions this year.

“I think two comfortable wins in a row over Laos and Cambodia with a two-goal difference gives us a lot of confidence for the AFF Suzuki Cup,” Stange said to fas.org

“We missed too many chances to make it a disaster for Cambodia, but the players are happy and confident. We tested players and it leaves us in a good mood for the next five days. We are ready to go,” he added confidently.

Stange admitted that his side’s defensive display in the first half, when Singapore scored four goals but conceded two against Cambodia, might be a concern going in to the AFF Suzuki Cup,

However, he was confident this could be easily rectified given how his side tightened up in the second half to give the visitors a hard time.

“The first half was for spectators, but it is absolutely nothing for coaches to allow two goals and four clear chances. It is a matter we have to correct; we did so in the second half,” he added.

Tickets for the AFF Suzuki Cup are available through Sports Hub Tix. Visit www.sportshubtix.sg, call 6333 5000 or 3158 7888, visit the box office at the Singapore Indoor Stadium, or purchase tickets from any SingPost outlet islandwide.