Visakha move up to third in MCL 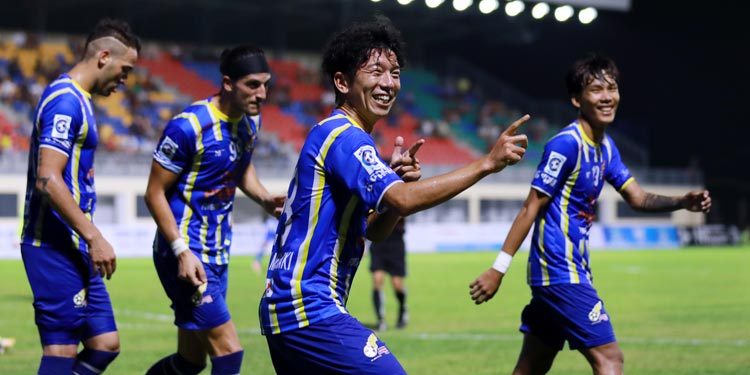 PHNOM PENH (23 April 2019) – Visakha moved up to third in the Metfone C-League 2019 following their thumping 4-0 win over Electricite du Cambodge at the Visakha Stadium on the weekend.

It did not Visakha very long to grab the opener with DPR Korea striker Pak Song-chol delivering the lead after just 11th minute with a superb free-kick.

But the game went into a lull soon after before waking up into action in the second half with Tit Dina firing in a 58th minute freekick to double Visakha’s advantage as Evangelos Skraparas then hit the third in the 66th minute.

Japanese midfielder Masaaki Ideguchi rounded things off right at the end with the fourth goal of the game with 15 minutes still left to play.

“The first half we created a few chances but not many because of the way they played,” said Visakha head coach Hok Sochivorn afterwards.