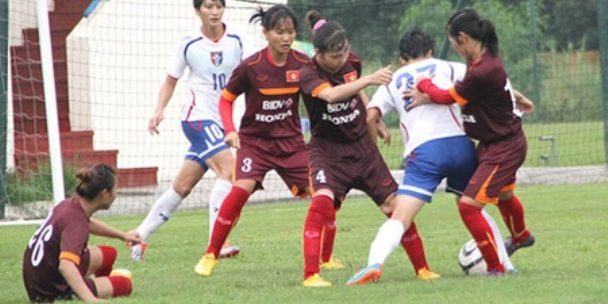 HANOI (28 Feb 2016) – Heading into the final round of Asian qualifiers for the 2016 Olympic Games tomorrow in Osaka, the Vietnam women’s football team will be hoping to spring a surprise on their highly-rated oppositions.

Vietnan will be up against hosts Japan, China, Australia, North Korea, and South Korea for the only two available tickets to Rio.

“All of them are stronger than us in all fields. But we will strive for the best and hope to spring a surprise in Osaka,” said coach Mai Duc Chung.

“You see, nobody could have imagined that the Futsal team would beat Japan at the Asian Championship and qualify for the FIFA Futsal World Cup. But they did, (so we can too).”

Vietnam will open their campaign tomorrow against China while ASEAN other representative Australia will take on hosts Japan.