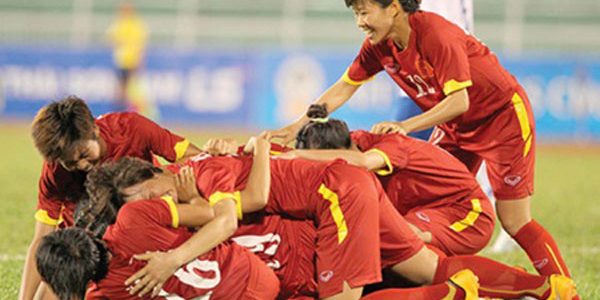 HANOI (13 July 2017) – Vietnam have targeted the SEA Games KL2017 gold for their women’s football team while a place in the final as the aim for the men’s team.

“Our women have won the SEA Games titles on several occasions. Vietnam are one of strongest teams in the region so we would definitely want a gold medal again,” said Nguyen Xuan Gụ, the vice-president of the Vietnam Football Federation (VFF).

“On the men’s side, we have never won a title despite all our efforts. However, this year a great job has been done. We have strongly supported the team with intensive practice courses, foreign coach, and fitness trainer and technical director, all you can see throughout recent years. We hope that would help to make our dream come true. And this year we want them to at least enter the final.”

Added Dr Tran Quoc Tuan, VFF Vice President: “In terms of international experience, our squad is quite good as they have taken part in a number of events. It is the generation that enjoyed the best preparations for the SEA Games.”

He said the current team with Nguyen Cong Phuong, Nguyen Van Toan and Lưong Xuan Truong had been receiving support since the last SEA Games. Together with the best players selected from the U-20 squad who competed in the World Cup last month the team hold promise.