Vietnam to play ten friendlies ahead of AFF Suzuki Cup 2016 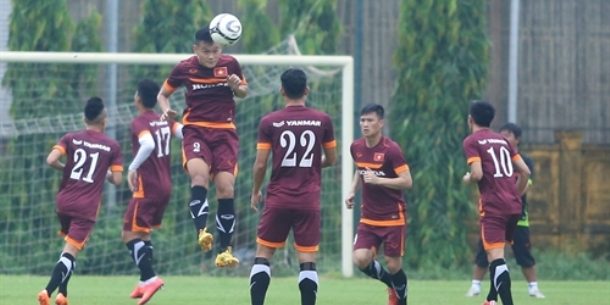 HANOI (28 April 2016) – 2008 champions Vietnam are looking to play at least ten friendly matches as they gear up for the AFF Suzuki Cup 2016 later this year.

The AFF Suzuki Cup 2016 will be co-hosted for the first time ever by Myanmar and the Philippines.

“We will meet all of (head coach Nguyen) Huu Thang’s requirements in preparation for the AFF Suzuki Cup,” said Tran Quoc Tuan, the Vice Chairman of the VFF.

“We will prepare quality international matches for the team.”

The first training camp will be held on 23 May to 7 June where they will take on Syria – who are the third round qualifiers of the FIFA World Cup 2018 – 31 May at the My Dinh Stadium in Hanoi.

After that, the team will leave for Myanmar to partake in a four-team tournament with the participation of the hosts, Hong Kong and Singapore.

The second training session will be held on September onwards where the VFF have drawn matches on 2 October, 7 October and also 11 November.

There are plans to play matches abroad in between.