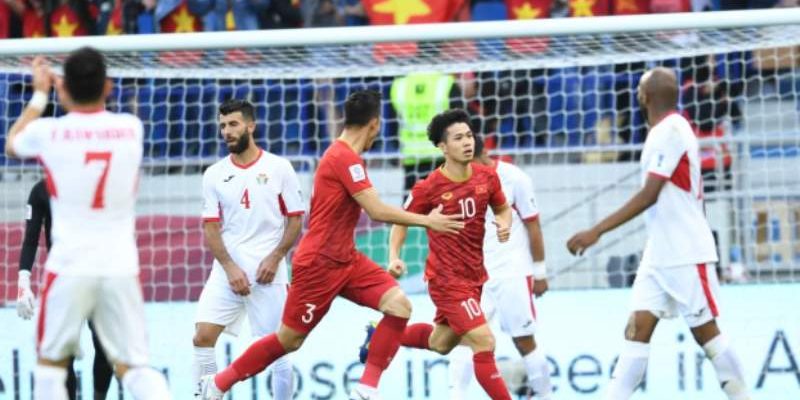 HANOI (20 Jan 2019) – Vietnam made the quarter-finals of the AFC Asian Cup 2019 after beating Jordan 4-2 in the penalty shootout in a Round of 16 tie at the Al Maktoum Stadium in Dubai.

The score at the end of regulation and extra time was 1-1.

Jordan put up the early pressure and after some early misses only went ahead in the 38th minute when Baha’ Abdelrahman with a cracker of a freekick after Vietnam’s Do Hung Dung was penalised for bringing downt Salem Alajalin just outside the box.

Vietnam came in stronger after the break and just six minutes in, it paid off when Nguyen Trong Hoang sent in a curling cross in front of the goal mouth which Nguyen Cong Phuong squeezed past the Jordanian defenders for the equaliser.

With the extra-time producing no winners, the shootout saw Jordan’s Baha Seif missing first as his attempt came off the crossbar.

And with Do Hung Dung making good, the score stood at 2-1 after Baha’ Abdelrahman and Que Ngoc Hai had converted their first attempt.

With Ahmed Saleh’s effort denied by Dang Van Lam, it gave the initiative to Vietnam which Luong Xuan Truong was only eager to grab for a 3-1 lead.

But while Ahmad Ersan gave Jordan a reprieve as Tran Tran Minh Vuong missed, Bùi Tien Dung did not make fail from the spot for Vietnam’s place in the quarter-finals.