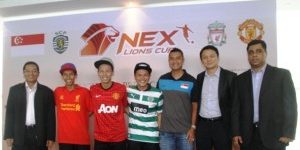 HANOI (28 May 2011) – The Vietnam national futsal team will take part in the 2011 International Futsal Championship which starts today in Tashkent, Uzbekistan and ends on Tuesday.

Other than the side from Vietnam, the other teams taking part in the Tashkent meet are host Ardus FC from Uzbekistan, Neftchi FC from Azerbaijan and Norilsky-Nikel from Russia.

Tran Anh Tu, the Vietnam national Futsal team, said that the tournament will give a great opportunity for his players to test their skills against strong competitors from Asia and Europe.

Ardus FC from Uzbekistan and Neftchi FC from Azerbaijan are both club champions in their respective countries whilst Norilsky-Nikel also ranked amongst the top eight clubs in Russia.

Vietnam will take on host Ardus FC in their opening match today to be followed by Neftchi FC on Sunday and the Norilsky-Nikel on Monday.